Finance Act 2021: What employers need to know about disciplinary procedures 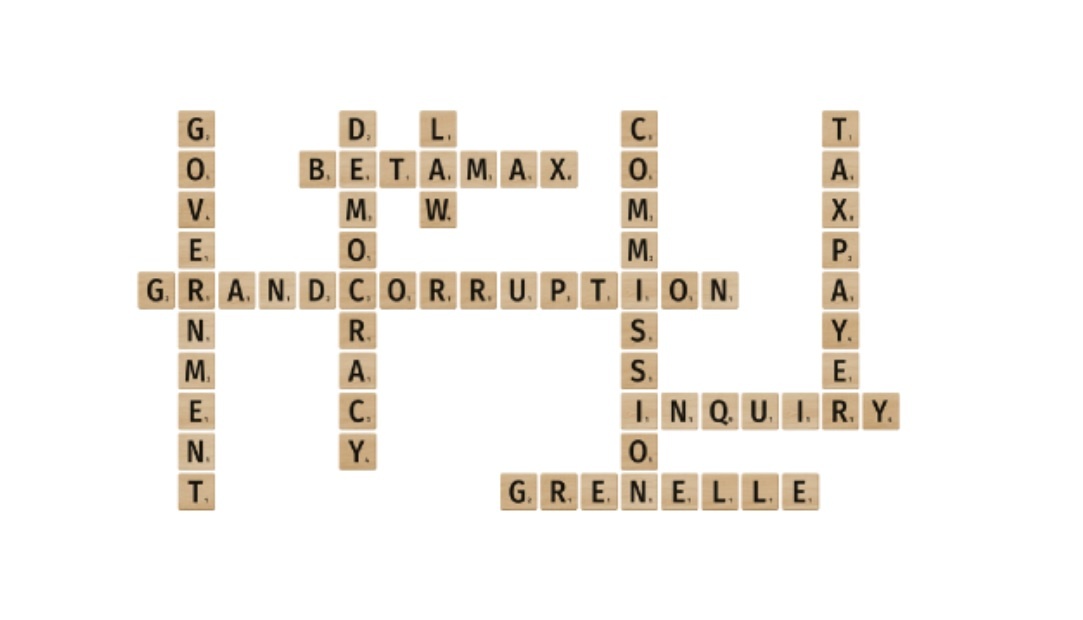 A case for a Commission of Inquiry into grand corruption: This piece is a liberal translation of my last article for our website, echoed in the local press and which, it appears, struck a nerve with quite a few people albeit for different reasons.

What useful purpose would be served, at this stage, by a Commission of Inquiry (“CoI”) into “the circumstances in which the contract for transport of petroleum products to Mauritius (Contract of Affreightment) was awarded to Betamax Ltd and the circumstances which subsequently led to the termination of the said contract” ? Why squander even more millions for yet another report which will lead to little else than some sensationalist headlines? These are only some of the questions being angrily asked after the pay-out to Betamax Ltd following the decision of the Judicial Committee of the Privy Council[1], handed down on 14 June 2021.

Objectively speaking, the government had no other option but to comply with the judgment of the JCPC. The celerity with which it did will certainly contribute to rehabilitate the image of our country as a ‘jurisdiction of choice for international arbitration’, and that’s no small thing!

The focus of this paper, however, is not why any rehabilitation is required in the first place. Suffice to say, that not so long ago, no true international arbitration specialist was surprised by the decision of the International Council for Commercial Arbitration to host its 23rd congress – the first one on the African continent – in Mauritius! A lot of efforts have since gone to waste and it physically hurts to recall the squandered opportunities.

Subjectively, the State having to fork over Rs 5.6 billion, paid in dollars, when public finances are in the red is too bitter a pill to swallow for many who are in no way appeased by the announcement of the Cabinet’s decision to advice the President to set up a CoI.

The mix of incomprehension and outrage has been fuelled by reports mentioning that the government’s principal legal adviser had not only warned against the foreseeable consequences of the repudiation of the Contract of Affreightment (COA), but that he had also expressed strong reservations at the time the COA was entered into!

Must one despair of our politicians and even of institutions that are supposed to be a rampart against the greed of those who, intoxicated by power, forget that they have been elected to serve the people?

And what about the good people of the Republic of Mauritius, dubbed “le peuple admirable”[2] by those same politicians? We, the People, condemn in hindsight the blunt and boisterous handling of the Betamax and BAI files in the trigger-happy euphoria of an unexpected electoral victory in 2014, all the while conveniently forgetting that we, the People, voted that same government back into power in 2019.

Let’s not be naïve and cry-babies, lest we now be renamed “peuple hypocrite”[3]. The principle of continuity of States has been flouted on many occasions before 2014 without causing the uproar we have been witnessing lately from different quarters, some more influential than others. Could it be true then that the government you elect is the government you deserve?

In an attempt to provide the right context for the announcement of the CoI, let’s get back to the essence of the Betamax judgment which is causing such turmoil:

1. The Law Lords have noted that the State of Mauritius had, between 2006 and 2008, “evaluated the best means of providing for the shipping of petroleum to Mauritius” and then “began negotiations with Betamax in 2008-9”.

2. Before the Arbitrator, the STC has argued, among other things, that “The COA had been entered into as part of a criminal conspiracy to benefit Betamax at the expense of the Government of Mauritius and was illegal and unenforceable”. The Arbitrator rejected that argument after an “extensive review of the evidence”.

3. The Supreme Court had ruled that the COA was patently illegal on the grounds that it breached public policy: “The mandatory provisions of the PP Act, which impose the application of the PP Act and the procurement process prescribed by the PP Act in respect of the COA, constitute fundamental pillars of good governance in Mauritius”.

4. Betamax Ltd ultimately prevailed because the JCPC held that the Supreme Court could not, in view of the provisions of our International Arbitration Act, review the finding of the Arbitrator on a matter of law which was within the purview of its mandate; in this instance whether the provisions of the PP Act applied to the COA or not.

Why a CoI now? Given the notion of collective responsibility that attaches to cabinet decisions, little does the taxpayer care about the extent to which so called Super Ministers, despite a solid reputation of bunglers at the bar, were able to actually influence, if not procure, those disastrous decisions.

After all, the other, truly established lawyers in the Cabinet, including Senior Counsel, did not deem it necessary to dissociate themselves from these decisions by resigning in good time, either when the COA was granted or when it was repudiated. May we therefore, please, be spared yet another ruinous blame game!

A CoI would only be justified if it aims to uncover, in useful time, elements of grand corruption; meaning, when the corruptors’ tentacles reach high enough in the hierarchy of political power to subvert the whole system pushing through tailor-made laws to protect and/or promote the private interests of a few chosen ones to the detriment of the public good; when the expression ‘having friends in high places’ takes a whole new, sinister meaning; when legislating for the good of government gives way to legislating for the good of the good friends of government;

Here is to hoping for Terms of Reference which will allow us taxpayers, through the contemplated CoI, to:

a) Determine whether politicians in power have indeed been bribed to legalise what was, in fact, a concerted violation of the fundamental rules of good governance.

b) Unearth the ins and outs of the evaluation process that lasted two years (2006 – 2008) to cumulate with negotiations with a single private company.

c) Understand the rationale behind the recommendation of the advisers of State Trading Corporation- and/or the Policy Office – to entrust a private company with a ‘build and operate agreement’ instead of acquiring its own tanker.

d) Comprehend how a minister by way of “regulations […] made on the recommendation of the Policy Office” drove a horse and carriage through the fundamental principles embodied in the provisions of the PP Act.

But also, and most importantly to:

e) Ensure that, in the future, the opinion of the State’s principal legal adviser on matters of public interest is made public, at the very least when the Executive is not minded to follow such advice.

With new elements evidencing grand corruption, the ICAC would not only be able to launch a new, targeted, investigation but it would also have the option of seeking Attachment Orders under Section 56 of the Prevention of Corruption Act 2002 (POCA 2020) to seize ‘an amount of money or property, both movable or immovable in the hands or in the possession of any person, (i.e. any private individual, public body, financial institution or any third party) or in the hands of the suspect himself’  based on a ‘strong suspicion that the money or property has been derived by the suspect from an unlawful act which is punishable by POCA 2002 or Financial Intelligence and Anti-Money Laundering Act 2002’, until a Court of Justice establishes the responsibilities and guilt.

All would not be lost if only the ICAC was capable of inspiring trust in the taxpayers who fund it. That would have spared us another costly CoI in order to dispel the perception of cover-up whilst running the risk of the genuine efforts to do justice to taxpayers being diverted to serve yet another political score-settling agenda.

Mauritius being what it is, we simply cannot afford to dream and it would be sheer folly to run the risk of jeopardising any renewed confidence on the part of local and foreign investors.

A CoI which would provide a sound legal basis to attempt to recover the dissipated billions of taxpayers’ money (and not just in relation to Betamax) would be welcome despite the additional costs involved, provided the taxpayer finally gets value for money. Ideally, it should allow us to fully explore the legal avenues to make corrupt politicians and subservient civil servants accountable.

Good terms of reference for fiercely independent, cost-conscious commissioners would be a start but it will not take our nation very far down the road of redemption; because it takes corruptors, and not only corrupt politicians, for corruption to flourish. Only an awakened citizenship can lead us into a new era of governance characterised by the proper functioning of the State and the accountability of those who act in its name. That itself must necessarily be preceded by an awakening of a business community, which is at most times the powerless bystander, if not victim of, and at other times the accomplice to, acts of corruption.

As Ted Danson aptly put it “We are all in this together. We will all make it or none of us will make it. If everyone cleans up their act except one big ole country, it isn’t going to work”.

We, therefore, reiterate our proposal for a ‘Grenelle de la Démocratie à la mauricienne’[4] as an essential initiative of the business community to clean up a system that is draining the taxpayer, thus jeopardising the business community’s market in the mid to long term. The participants to this forum may then reflect, among other things, on the relevance of an amnesty, full or partial, for those willing to pay back into to the state’s coffers their fraudulent gains.

[4]The term ‘Grenelle’ was first used in the media relation to the summit on the environment organised by the French Government which was meant to bring all concerned parties to constructively exchange on a subject of prime importance.